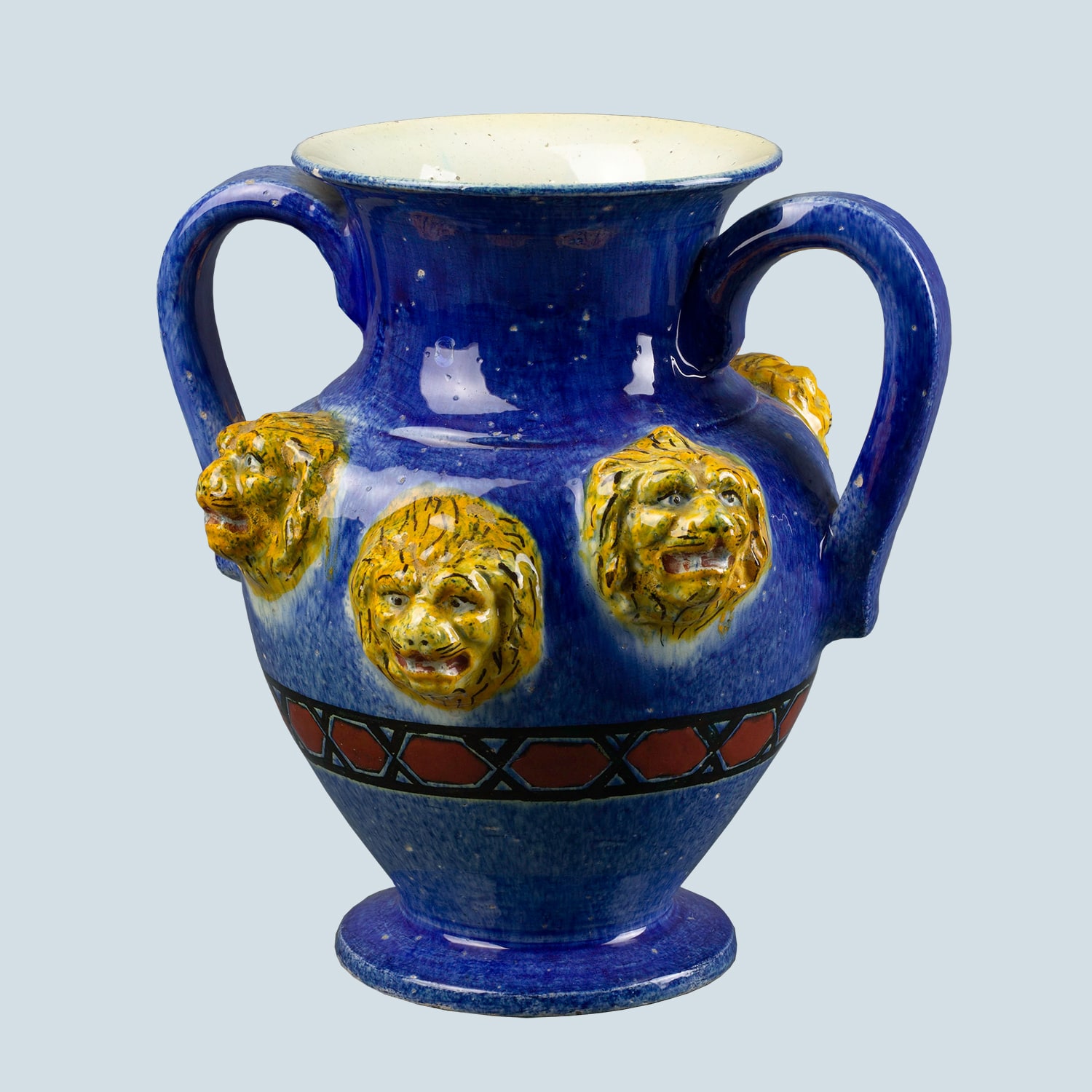 second half of the 20th century

White/cream coloured paste, white slip, transparent glaze with underglaze yellow, cobalt blue, brownish red, yellow, and black decoration. Pear-shaped body, everted rim, two handles, and pedestal base. There is a tier between the body and the neck. On the body there are lion heads in relief, on a cobalt blue base. The six lion heads have been moulded, showing their manes, mouths and teeth in detail. On one of the lion heads large letters spell out H.Ç., assumed to be the initials of the commissioner or the intended recipient. Hexagons are repeated on the thin border around the bottom half of the body.