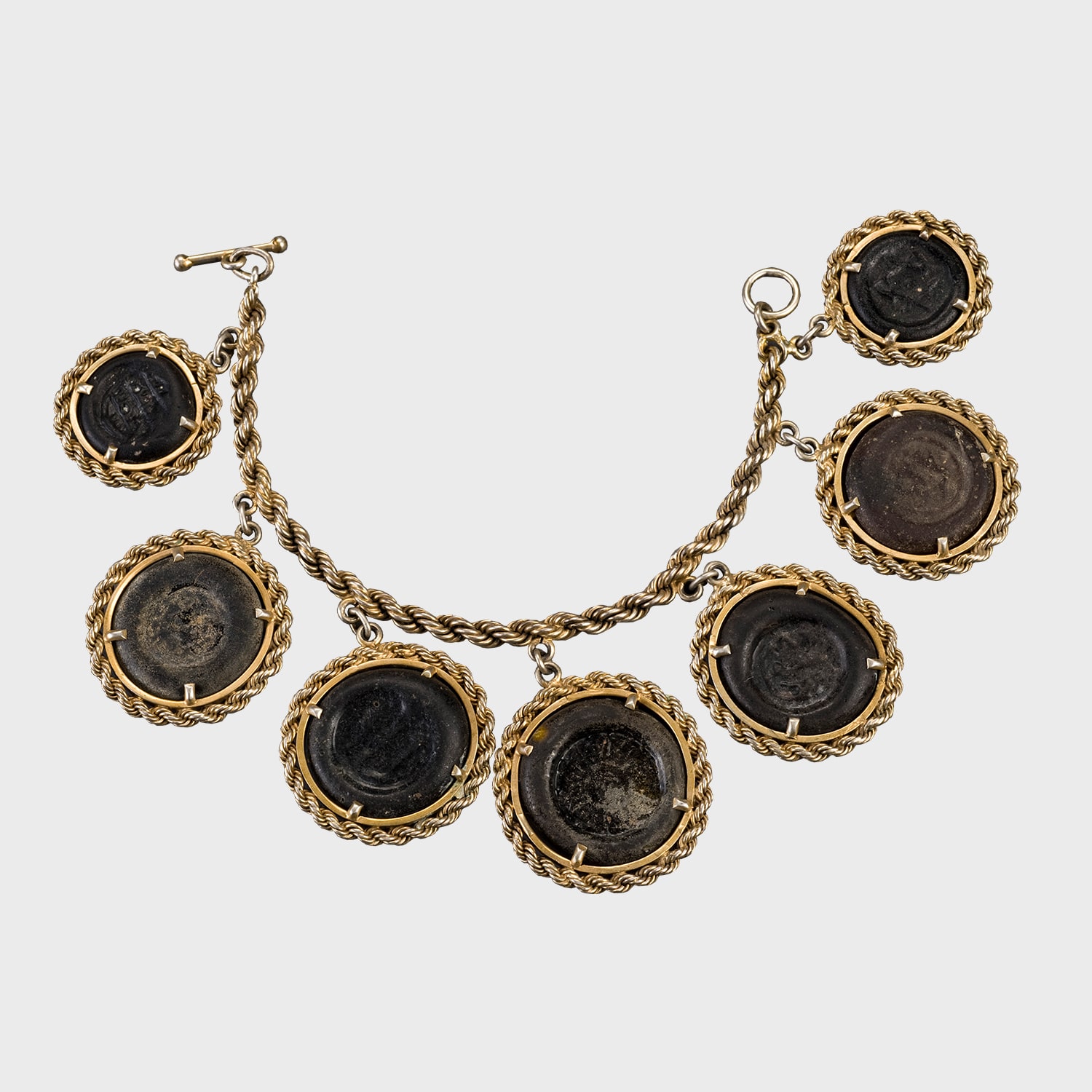 The bracelet made of Early Islamic glass weights was used in Egypt. Donation of Neslişah Sultan (Osmanoğlu) to the Pera Museum.

Islamic glass weights are called sanjas (Sence in Turkish). Traditionally some of them feature names of caliphs, governors, and imams, as well as verses from the Qur’an.